The COVID-19 pandemic has brought with it a level of economic, political, and social disruption that is unprecedented in recent memory, and has given all of us a chance to reflect on how we live our lives and what kind of world we want to live in.

The 2020-21 COMPAS Program on COVID-19 addressed a wide range of fundamental ethical and political challenges that are raised by this public health crisis, including liberty and privacy concerns raised by the efforts to contain the virus, equity concerns involving health care access and outcomes, disruptions to “normal” work and family life, and the challenges of governing a democracy under crisis conditions, among other topics.

For the photography contest, we invited submissions that express reflections on the ethical challenges of COVID-19 and its consequences from a variety of perspectives on the issues at stake. Awards were given in three categories: Ohio State undergraduate and graduate students, Ohio State faculty and staff, and general public.

We received many excellent entries, and would like to thank everyone who submitted photographs for the contest. In the end, our judges had to decide between more than 70 submissions.

The winning entries, with captions by the photographers, follow. 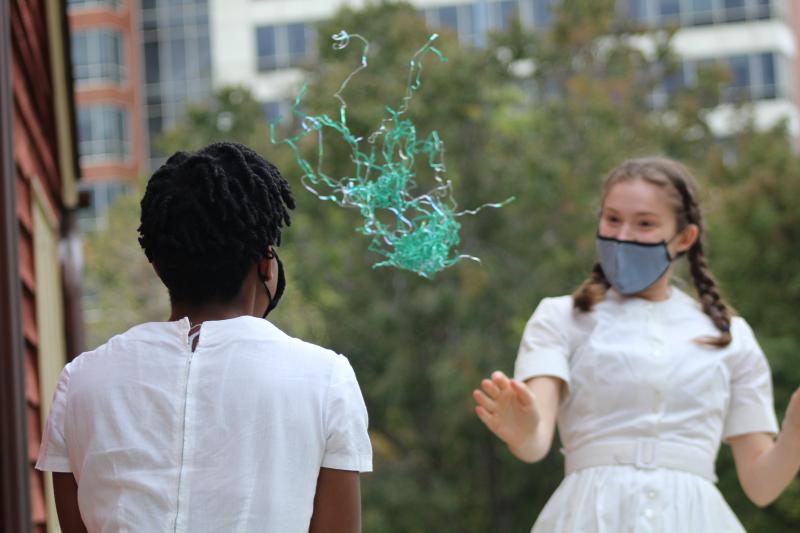 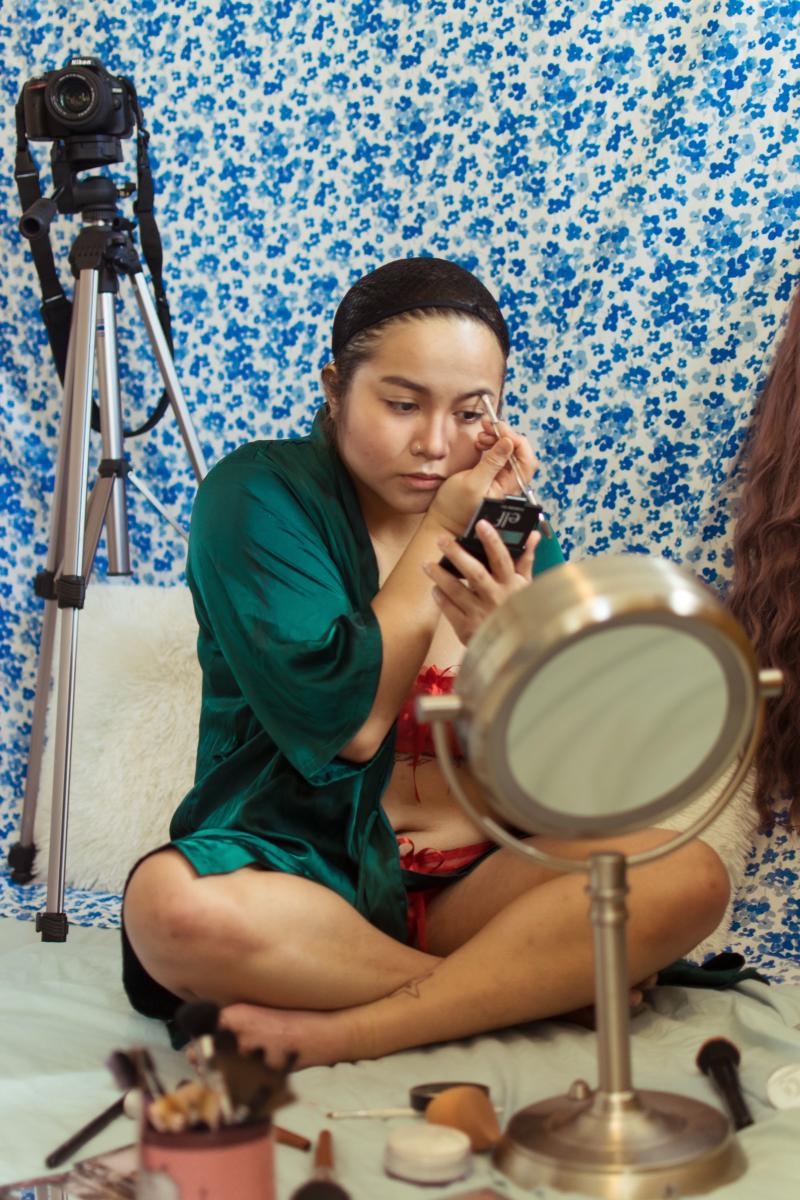 Second Place: "The Loss of Bodily Autonomy Amidst the Pandemic" by Isa Pitetti

CamModel Lychee Bby applies makeup as they prepare for a day of content creating for their OnlyFans. Previous to the pandemic, Lychee Bby was not a sex worker, but because of financial struggles, they had to seek out other sources of income. Even though they maintained a job throughout the pandemic, their work hours were significantly reduced; however, they did not qualify for unemployment benefits. This is becoming a frequent trend amongst Gen Z and millennial-aged women and non-binary femme-presenting people. Camming sites have reported an increase in new models since the COVID-19 crisis struck. ManyVids reported a 69 percent increase in new-model sign-ups during last March following the initial shutdown. With the onset of third-wave feminism that emerged in the mid-1990s, women in high-income countries have used sex work as a form of liberation to monetize off of the male gaze. However, with the economic struggles brought on by the pandemic, many are now forced to relinquish their bodily autonomy and create content as a means of survival. 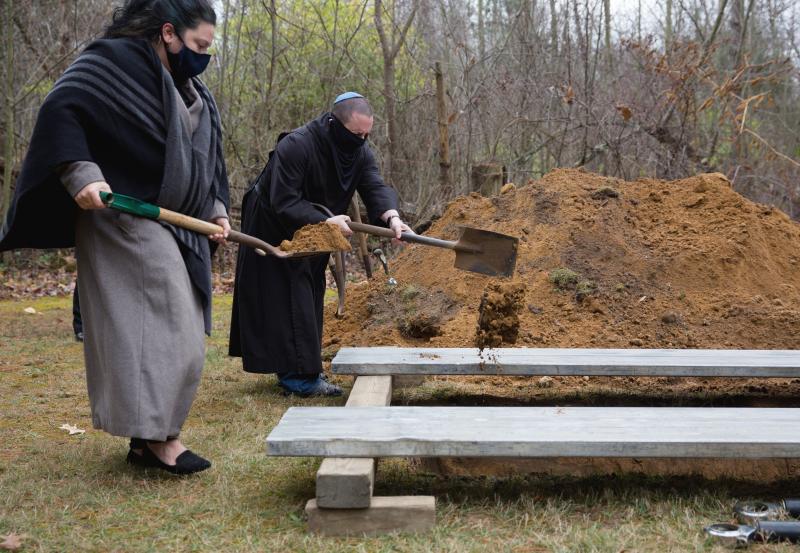 Br. Armand Koss, an Episcopal Benedictine monk, buries his father, who was Jewish, on the grounds of St. Gregory's Abbey in Three Rivers, Michigan, on November 13, 2020. Although only members of the Benedictine order are typically buried on the monastery grounds, Br. Armand’s father had become a close friend of the community over the years and an exception was made. A rabbi led the funeral service, which was brief and sparsely attended due to the COVID-19 pandemic.

Second Place: "Lend me your hand" by Lori McKenzie

87 year old woman holding hands with a loved one as she lays dying from Covid complications. 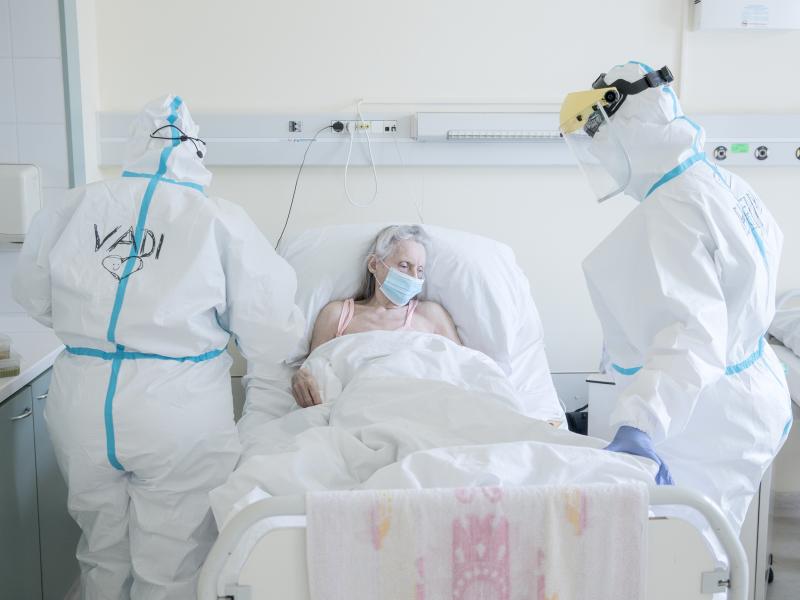 Medical workers wearing personal protective equipment take care of a Covid-19-positive patient at the Uzsoki Hospital, Budapest, Hungary, on May 16th, 2020. In Hungary, the mark of 14,000 total deaths related to Covid 19 was exceeded on February, out of a population of approximately 10 million. The death rate compared to the number of the population is thus one of the highest in Europe. 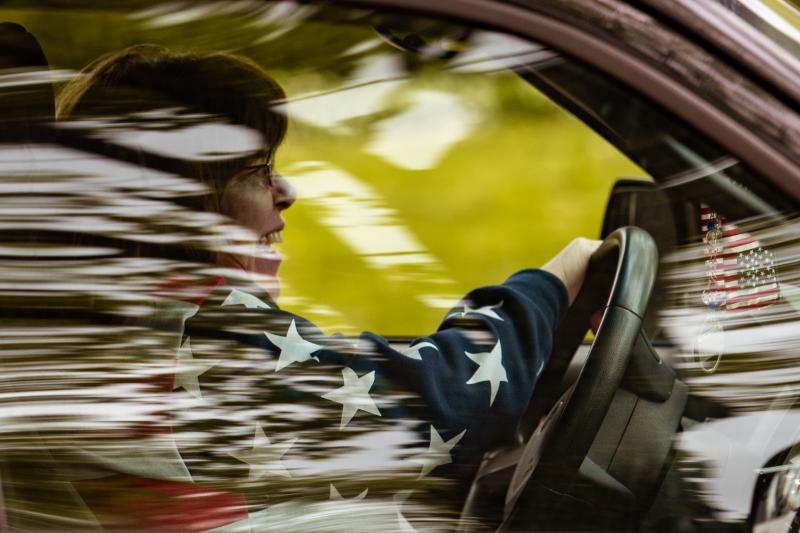 A mid-aged tram conductor gets exhausted wearing personal protective equipment (PPE kit) after an end of a trip during a sultry summer afternoon in Kolkata, India dated 18th June, 2020. Public transport authority in Kolkata advices tram and bus operators to wear PPE kit during duty hours to get protected from deadly coronavirus as they have to encounter large numbers of commuters every day. India’s coronavirus infections crossed the 10-million mark at the end of December, despite a recent easing in the number of new cases as the country awaits several emergency vaccine approvals that may help tame the world’s second-worst outbreak after the USA. The deadly virus is threatening cities and communities, endangering not only public health, but also the economy and the fabric of the Indian society casting a deep multidimensional impact which has proved disruptive. 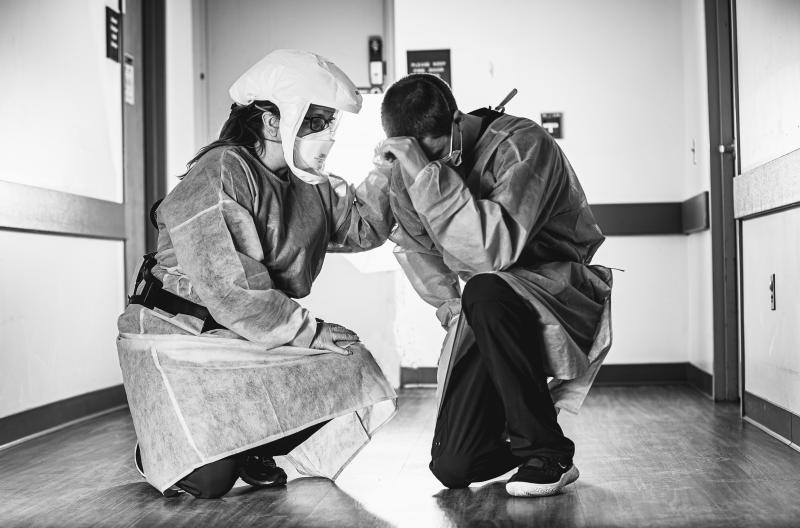 Two of my colleagues in the ER during our Covid surge.