Distinguished Lecture in Ethics: Miranda Fricker, “How Is Forgiveness Always a Gift?” 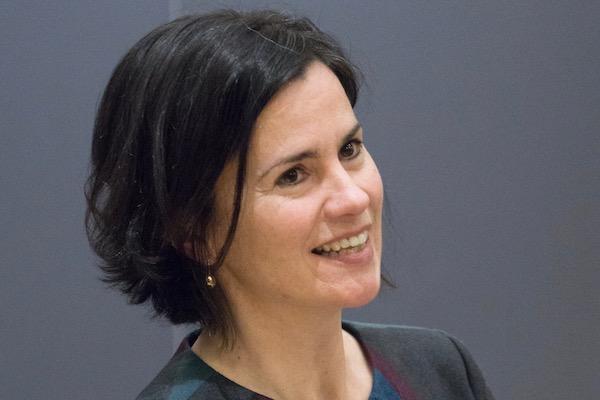 CEHV presents Miranda Fricker, Distinguished Professor of Philosophy at the CUNY Graduate Center and Honorary Professor at University of Sheffield, for the 2021-22 Distinguished Lecture in Ethics.

The event will be held in-person at the Wexner Center Film and Video Theater. A livestream via Zoom will also be available. Register here for the livestream.

Contact CEHV Associate Director Kate McFarland (mcfarland.309@osu.edu) if you require any accommodations to participate in this event.

Lecture Topic: “How Is Forgiveness Always a Gift?”

Many sense something gift-like at the heart of all forgiveness, and this seems right. It is clearly so of unconditional forms of forgiveness, where we forgive even in the absence of apology, for in such cases our forgiveness is fully elective or discretionary—a piece of extraordinary moral generosity. However, it is deeply puzzling to think how it might be true of conditional forms of forgiveness. In conditional cases a sufficient apology is seen to generate some sort of obligation to forgive, and there is a natural tension between the idea of obligation and the idea of a gift. I will dispel this tension, however, by showing that the obligation to forgive is an instance of the general Normativity of the Gift, according to which it is entirely ordinary to have an obligation to give a gift, and yet that gift can never be demanded as of right—not without radical pragmatic self-defeat. I thus explain our starting intuition, that forgiveness is always basically gift-like, not in terms of its never being obligatory, but rather in terms of its never being demandable as of right. There is no right to be forgiven, even when you should be forgiven, and this is what explains our deep sense of the gift at the heart of all forgiveness.

Miranda Fricker is Distinguished Professor of Philosophy at the CUNY Graduate Center and Honorary Professor at University of Sheffield. Professor Fricker specializes in the fields of moral philosophy, social epistemology, and feminist philosophy, and is well known for her agenda-setting book Epistemic Injustice: Power and the Ethics of Knowing (2007). Her current projects include two forthcoming books on moral philosophy: Blaming and Forgiving: The Work of Morality and Bernard Williams: Philosopher of Ethical Freedom.