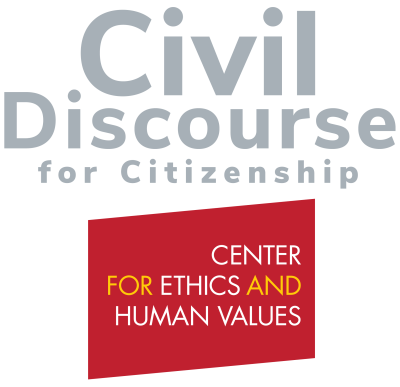 What is civil discourse?

Civil discourse is the practice of deliberating about matters of public concern in a way that seeks to expand knowledge and promote understanding. The word “civil” doesn’t refer to civility, in the sense of mere politeness, but to civic, in the sense of being oriented toward public life. Civil discourse aims to develop mutual respect, build civic trust, and identify common ground on matters of public concern. Speech that is protected as a matter of constitutional right can nevertheless be excluded from or sanctioned in contexts where civil discourse is the primary aim.

Civil discourse is an essential part, but only one part, of democratic citizenship: it complements but doesn’t replace bargaining (which focuses on advancing interests, not understanding) and direct action (which appeals to force, not reasons). However civil discourse is the aspect of democratic citizenship that universities are designed to promote. Indeed, many of the privileges that universities enjoy, such as the principle of academic freedom and the protections of faculty tenure, are granted with the understanding that they are necessary for expanding knowledge and promoting understanding, and with the expectation that they will be used with those aims in view.

Civil discourse requires that we acknowledge that the truth can be many-sided and elusive: we often disagree about what key concepts mean, how to evaluate the relevant evidence, and how to weigh competing values against each other. Civil discourse therefore requires that we embrace the principles of fallibilism – that human beings often get things wrong – and pluralism – that people of good will often reach different conclusions. Fallibilism isn’t the same thing as skepticism, and pluralism isn’t the same thing as relativism: we can admit that our current beliefs may be wrong and our current disagreements hard to resolve and still be committed to seeking better understanding and greater agreement. Indeed, civil discourse is an essential tool for pursuing each of those aims.

Civil discourse requires that we subject our beliefs and values to criticism. It can therefore make us feel uncomfortable, threatened, or even angry. It’s important to keep in mind that being criticized isn’t the same thing as being silenced, and that questioning someone’s beliefs isn’t the same thing as questioning their right to hold or defend them. Moreover, avoiding or being sheltered from ideas that challenge or offend us can be detrimental to ourselves and our community. Having our beliefs challenged is a necessary condition for improving our understanding, and engaging in civil discourse is a necessary condition for building the knowledge, skills, and relationships that make a flourishing democracy possible. A political community whose citizens are unwilling or unable to engage constructively across lines of disagreement doesn’t have a healthy or sustainable civic culture. 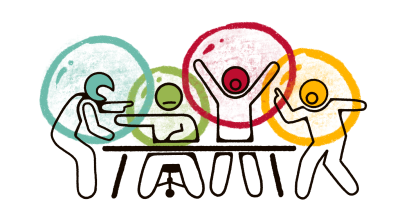 That doesn’t mean that anything goes. Speech that doesn’t aim at expanding knowledge or promoting understanding, but rather at shutting down discussion, provoking a reaction, or deliberately confusing the issue has no place in civil discourse. Neither does speech that undermines or calls into question the ability of some people or groups to participate as equals in public life. Such speech free-rides on the norms of civil discourse instead of embodying them. Of course it will often be a matter of debate whether these norms have been violated in a given case, and this question may itself become a topic to be taken up in civil discourse. 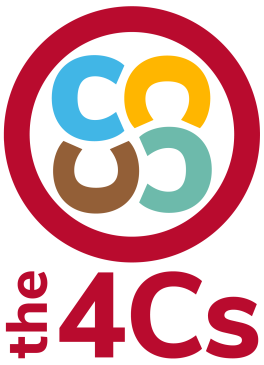 Be Curious, Be Charitable, Be Conscientious, Be Constructive