One of the key arguments in favor of markets is that they’re engines of prosperity and innovation, that by unleashing human creativity and lifting millions of people out of poverty they’ve promoted progress more dramatically than any other force in human history. One of the key criticisms of markets is that they tend to concentrate wealth in the hands of a few, entrenching the privileges of the wealthy and creating power disparities that ripple across social and political life. This conference will explore the tension between, and consider possible ways of harmonizing, these two positions.

This conference is part of the 2021-22 COMPAS Program on Markets and the Open Society.

Note: This panel was originally planned to be held in-person but has been reformatted in light of the surge of the omicron variant of COVID-19. The second panel, Markets and Innovation, has been rescheduled as a separate virtual event on Friday, February 11. 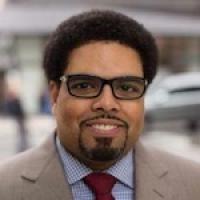 Darrick Hamilton is a university professor, the Henry Cohen Professor of Economics and Urban Policy, and the founding director of the Institute for the Study of Race, Stratification and Political Economy at The New School. Considered one of the nation’s foremost scholars, economists and public intellectuals, Hamilton’s accomplishments include recently being profiled in The New York Times, Mother Jones, and the Wall Street Journal and being featured in Politico Magazine’s 2017 "50 Ideas Shaping American Politics and the People Behind Them" issue.

Hamilton has been involved in crafting policy proposals, such as Baby Bonds and a Federal Job Guarantee, which have garnered a great deal of media attention and served as inspirations for legislative proposals at the federal, state and local levels. He has served as a member of the economic committee of the Biden-Sanders Unity Task Force; he has testified before several senate and house committees, including the Joint Economic Committee on the nation’s potential policy responses to the COVID-19 pandemic-induced health and economic crises; he was a surrogate and advisor for the Bernie Sanders presidential campaign; and he has advised numerous other leading Members of Congress, as well as various 2020 presidential candidates. 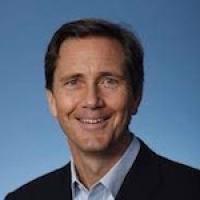 Richard V. Reeves is a senior fellow in Economic Studies at Brookings and the Director of the Future of the Middle Class Initiative. His research focuses on the middle class, inequality and social mobility.

His latest book is Dream Hoarders: How the American Upper Middle Class Is Leaving Everyone Else in the Dust, Why That Is a Problem, and What to Do about It. Reeves is also the author of John Stuart Mill – Victorian Firebrand and a contributor to The Atlantic, National Affairs, Democracy Journal, The Wall Street Journal, and The New York Times. He is also a former economics correspondent for The Guardian and social affairs editor of the The Observer.

Reeves sits on the Board of Jobs for the Future and is an adviser to the American Family Survey and the University of Virginia's Equity Center. He has also served as a member of the Government of Canada's Ministerial Advisory Committee on Poverty and as the principal policy advisor to the Minister for Welfare Reform. Among other past roles, Reeves is a former director of Demos, the London-based political think-tank, and director of futures at the Work Foundation.