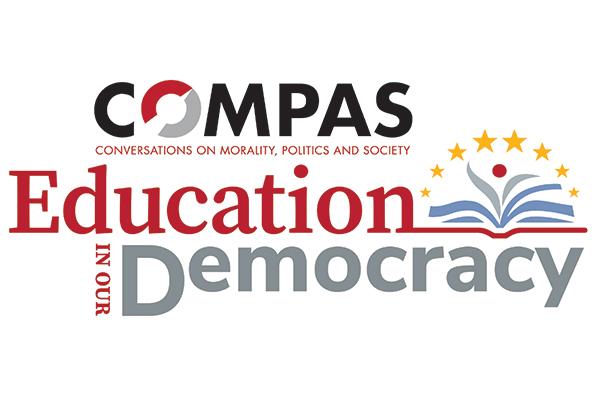 CEHV is pleased to welcome Dr. Sigal Ben-Porath to give the keynote address for our October 7 COMPAS Conference. Professor Ben-Porath's talk will address topics from her forthcoming book, Cancel Wars: How Universities Can Foster Free Speech, Promote Inclusion, and Renew Democracy.

After her talk, she will be joined in conversation by Dr. Melissa L. Gilliam, Ohio State's Executive Vice President and Provost. This conversation will be moderated by Dr. Winston C. Thompson (Ohio State University).

In-person attendance is encouraged. Register HERE for the livestream.

Dr. Ben-Porath has been teaching at Penn GSE since 2004. She is an associate member of the political science department and the philosophy department at Penn. She served as a special assistant to the university president, and as chair of the faculty advisory board to Penn Press. She is executive committee member of the Andrea Mitchell Center for the Study of Democracy. In 2012-2013 she was affiliated with the Safra Center for Ethics at Tel Aviv University, and in 2020-2021 she was a fellow in residence at the Edmond J. Safra Center for Ethics at Harvard.

Dr. Ben-Porath is interested in democratic theory and practice, and studies the ways institutions like schools and colleges can sustain and advance democracy. Her areas of expertise include philosophy of education and political philosophy. Her books include Making Up Our Mind: What School Choice is Really About (2019), Free Speech on Campus (2017) and Varieties of Sovereignty and Citizenship (2012), as well as Tough Choices: Structured Paternalism and the Landscape of Choice (2010) and Citizenship under Fire: Democratic Education in Times of Conflict (2006). She is currently continuing her work on campus free speech, and is researching the promise of civic dialogue in schools and colleges.