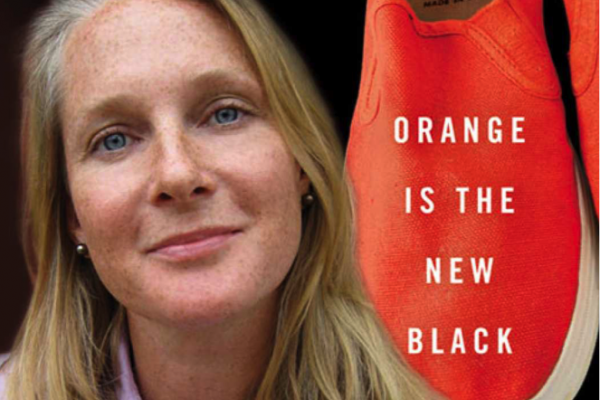 The 2016-17 COMPAS Program on Inequality presents

Ohio State affiliates may stream the lecture any time this spring semester by logging into their account here.

Piper Kerman is the author of the memoir Orange is the New Black: My Year in a Women’s Prison from Spiegel & Grau. The book has been adapted by Jenji Kohan into an Emmy and Peabody Award-winning original series for Netflix.

A hit Netflix TV show wasn’t Piper Kerman’s goal when she wrote Orange is the New Black: My Year in a Women’s Prison, a memoir about her 13 months in the Danbury Federal Correctional Institution, but the bestselling book and the TV series has led to a life of advocacy and given her a high-profile public platform to share her message: Criminal justice reform needs to happen.
The United States has the highest incarceration rate in the world. There are 2.2 million people in the nation’s prisons and jails—a 500% increase over the last 40 years disproportionately affecting people of color. During this time the number of incarcerated women has increased by more than 700%. Though many more men are imprisoned than women, the rate of growth for female imprisonment has outpaced men by more than 50% between 1980 and 2014. There are 1.2 million women under the supervision of the criminal justice system. (source: http://www.sentencingproject.org/)
Bringing her message to Ohio State, Piper Kerman will speak about her own experiences in prison and shed light on the wide-ranging collateral damage—particularly on family stability, women, children and minorities—of America’s criminal justice practices.
Kerman is the recipient of Harvard's Humanist Heroine Award (2015), as well as the Constitutional Commentary Award from The Constitution Project (2014) and John Jay College's Justice Trailblazer Award (2014).  She has testified before Congressional Committees and been invited to present on re-entry issues at The White House.  She has lectured to hundreds of audiences across the U.S. ranging from justice reform groups, corrections professionals, universities, policymakers and business leadership events.

Kerman's visit is co-sponsored by Honors and Scholars, Criminal Justice Research Center, Department of Sociology, Kirwan Institute for the Study of Race and Ethnicity, the College of Social Work, and the Wexner Center for the Arts.

Please register for the event here.