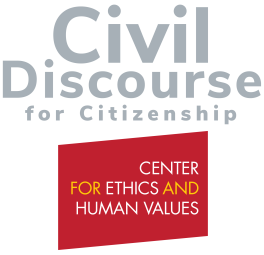 The deadline to apply for 2023 has passed. Check back in December. 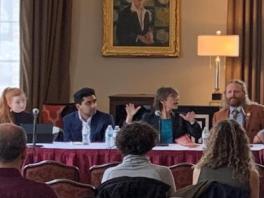 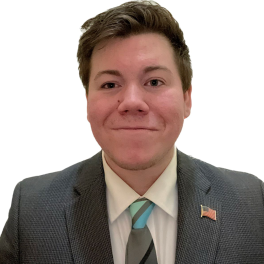 Joe is a third-year transfer student majoring in Philosophy, Politics and Economics (PPE) with a minor in public policy. He is involved in OSU College Democrats and PPE Society, as well as a proud member of the Sons of the American Legion. He is currently working at The Library Bar and most recently worked at the United States Senate as a Congressional Intern. 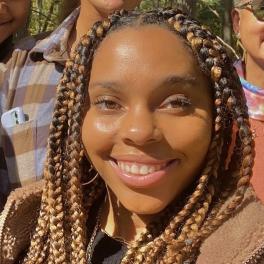 Cydney is a second year Sociology major on the Pre-Law track with a Human Rights minor. She is a Law and Society Scholar and a Morrill Scholar and is currently working as a recruiting admin assistant for the Ohio State Football Program. She serves on the Executive Board for the Law and Society Scholars as a member of the Social Committee. She is an active member of the Undergraduate Black Law Student Association (UBLSA) and the Minority Community Outreach Support Team (MCOST) on the Fundraising Committee. 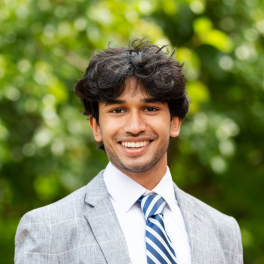 Adi is a freshman at tOSU. Currently, he is studying data analytics with a minor in economics, in the College of Arts and Sciences. In his short time at OSU so far, he has been involved in the Big Data Analytics Association where he serves as a Special Project Coordinator, and he is also part of the Eminence Fellows Program. 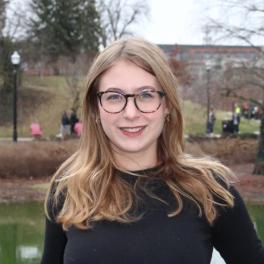 Ellamarie is a first-year student double majoring in Security & Intelligence and French. She sits on the board of the Alexander Hamilton Society’s OSU chapter, and mentors students in the TEDxYouth Dayton program. She is also a member of the Stadium Scholarship Program. 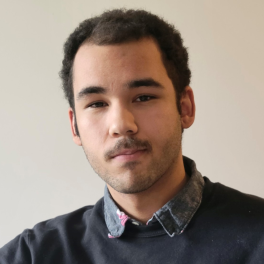 Trevor will graduate in 2024 with a Bachelor of Arts in Political Science. He is a member of the Ohio State Ultimate Frisbee club. He is also an Eagle Scout and continues to be involved in the Boy Scouts of America as an adult leader and role model to youth. He is involved in activism in the Columbus area concerning the rights of transgender youth, abortion access, and labor organizing. 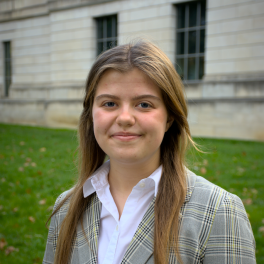 Elyse is a sophomore double majoring in English and PPE in the Honors Program of the College of Arts and Science. She is the vice president of the PPE Society where she founded the first PPE Book Club for Independent Study. She is also the social media coordinator of Ohio State's branch of Amnesty International and a Senate Page for the Ohio Senate. 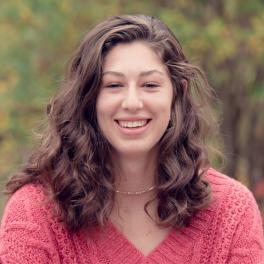 Julia is a second-year majoring in Public Management, Leadership, and Policy and minoring in Science and Engineering in the Public Interest through the John Glenn College of Public Affairs. She is an International Affairs Scholar, Vice President of the Collegiate Council on World Affairs, and an OSU Votes Ambassador. She also works as an RA on-campus and as a Senate Page at the Ohio Statehouse. 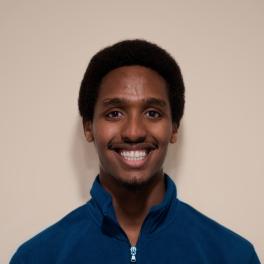 Saed is a third-year Criminology and Criminal Justice major with a minor in Judicial Politics. On campus, Saed is a member of Ohio State's Ohio Innocence Project chapter and the Undergraduate Black Law Student Association. Additionally,  he is currently in his second-year interning at the Franklin County Court of Common Pleas with Judge Sheryl Munson. Saed is also a graduate of the Ohio Prison Education Exchange Project and a member of the Philosophy for Humans learning community at Southeastern Correctional Institution (a community made up of Ohio State students, teachers, and incarcerated individuals focused on supporting higher education in prison). 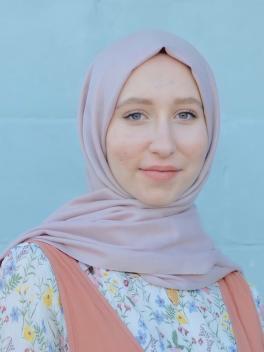 Salma is a second-year Public Health major in Ohio State's Honors Program. She is also an Eminence Fellow, member of the Eminence Student Advisory Council, Editorial Assistant for the Journal for the Scientific Study of Religion, Dayton International Peace Museum Board Member, and Harvard Medical School Research Assistant. 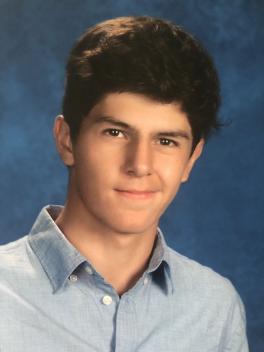 Andres is a third-year Political Science major. He is a Law and Society Scholar and Morrill Scholar, and is currently working as an analyst for innovation at OnRamp, a project for students by the Fisher College of Business. Andres is also a student engagement specialist, connecting with Ohio State alumni and raising funds for the university. Additionally, he recently attended a conference on Hispanic politics in Washington DC organized by the American Enterprise Institute. Andres is a recipient of the Morrill Excellence Scholarship and has been named to the Dean's List each semester at Ohio State. 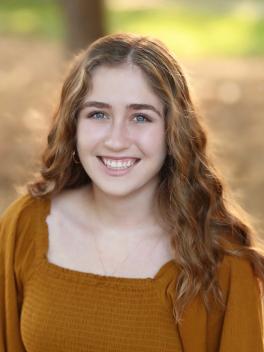 Morgan is a senior double major in Public Policy and Journalism in the University Honors Program. She is a Fellow in the 2023 Cohort of the Buckeye Leadership Fellows Program, Chief Outreach Officer of Best Food Forward, Senior Reporter for The Lantern, and Team Member for BuckeyeThon. She is a recipient of a Maximus Scholarship and the 2021 George J. Kienzle Memorial Scholarship from the School of Communication, and has been named to the Dean's List five times. 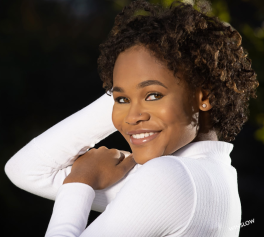 Kendal is a second-year major in Public Management, Leadership, and Policy. She is a member of the Morrill Scholars Program of the Office of Diversity and Inclusion. Kendal is also a member of the university's Equestrian Team and an avid writer, publishing her debut novel in 2020. 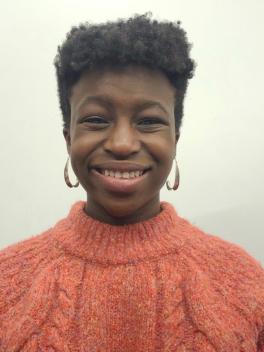 Madison is a third-year Political Science major, with a double minor in Biology and Spanish. Madison is a Morrill Scholar and an International Affairs Scholar. She serves as an RA and as the Social Chair for International Affairs, and participates in Ohio State's Spanish and Portuguese Club, CCOSU (a club that works in tandem with Community Immigration & Refugee Services), Phi Alpha Delta Law Fraternity and Women’s Rugby Club. 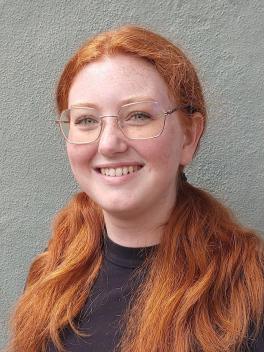 Corinne is a third-year major in Public Policy Analysis in the Honors Program, minoring in Statistics. She is a member of the Law and Society Scholars. Additionally, she serves as an editor for the Journal of Political and International Affairs, where she reviews undergraduate research, and works with visiting exchange students as a member of Ohio State's Exchange Partner Program. 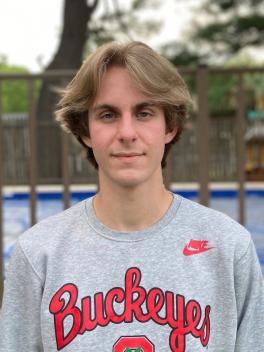 Jacob is a second-year major in Philosophy, Politics and Economics (PPE) and Chinese in the university's Honors Program. He is President and Secretary of the OSU PPE Society and is a member of the Philosophy Club. Before coming to Ohio State, he joined the North American Vexillological Association and founded the Political Discourse Club, where he ran a school-wide campaign on the importance of civil discourse surrounding the 2020 presidential election. Jacob has been named to the university's Dean's List. 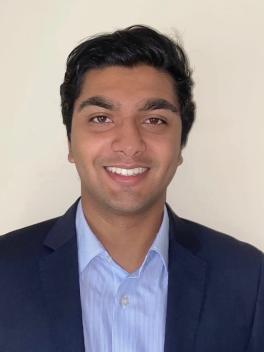 Adarsh graduated from Ohio State in Spring 2022 with a major in Finance and Economics. He was a member of the Integrated Business and Engineering Honors Program and Buckeye Capital Investors. He now works in technology investment banking in San Francisco.